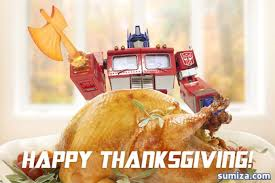 It is officially post-NaNoWriMo for me. Although if you’re still writing, Keep Going! You’ve got five or six days left, depending on where you are in the world.

Today is also Thanksgiving for me, which kind of snuck up on me since it’s a purely US holiday and no one here knows what it is. Currently, I’m no more home wistful than I was a week ago, which will probably change tomorrow when I see everyone posting about their meals—I really like my mom’s mac n’ cheese recipe—and the parade and football. But since I’m not inundated with delicious pictures of food and snarky parade comments I’m feeling pretty good. My mind keeps flashing back to a Black Veil Brides interview where the band is asked if they miss their families while touring during the holidays. Ashley Purdy kind of shrugs and says they miss them a little, but they’d all grown up doing holidays with families and while they might miss home sometimes, what they were doing was fresh, new, and exciting.

And I can’t agree more. No matter how much this school irritates me with their total lack of organization and qualified managing personnel, this is still an adventure! I was reminded of that last night when I went to the big supermarket before—the Gods’ cursed—English Corner. I am making a new dish to celebrate Thanksgiving and needed to find some ingredients not at the small market down the street.

Turns out, in the three or four weeks since I’d last been to the supermarket they have done a massive remodel. The top floor is now nothing but winter clothes with the walls stacked with heavy jackets and giant bins of leggings and slippers and I don’t even know what else in the middle of the floor. All the household supplies that were upstairs are now downstairs and the downstairs has been radically reorganized. It took me ten minutes to find the milk and since I was on a time crunch I went over to the produce section and picked up what I needed there and abandoned the rest of my list. But now it’s like the first week I was here. I have no idea where anything is and they’ve both reduced the number of available goods and added new things I hadn’t seen before.

According to one of the Chinese teachers, Xi’an got their first snow yesterday and it was a pretty good dusting. At some point this mountain city is also going to get snow and I can decide if I want to tackle Satan’s Stairmaster and climb Feng Huang Shan to get some pretty panoramic pictures.

Even now, ten months into this contract, I still catch myself walking down the street and thinking Holy Shit, I’m in China. Again, the sheer inefficiency of this school makes me want to punch things, but I’m still in freaking China surrounded by mountains.

And last month I was invited to a wedding. That was a lot of fun. Everyone wanted a compare/contrast with US weddings, but the last one I went to was my dad’s rather non-traditional marriage. But I could still pick out the things we have in common such as bringing gifts of money and the reception. That’s probably a once in a lifetime opportunity right there. But it was a lot of fun and I got to try even more traditional Chinese food.

The food is still an adventure. I could 100% do a Travel Channel show where I visit different countries and scope out the best hostels and cheap street food. I love street food, even if it occasionally tries to kill me. Restaurants just can’t compare. I’ve been informed that now that it’s cold, sheep’s feet is available and so I have to try that. Thus far I’ve had chicken feet, pig feet, and donkey. I’ve also had roasted chestnuts for the first time in my life. Holy hells you guys. These things are delicious. That 10 RMB bag has become a weekly expense. I’m like a squirrel here cracking those things open and watching the Daily Show. I hope it’s a winter thing because I might just weep if they disappear before Christmas. I haven’t yet mustered the courage for stinky tofu, but I told the Chinese teachers I had to try it before I left or I couldn’t count this as a true China experience.

So the adventure in China continues and I am thankful today for the many small things that got me to this point. From the speaker in my Anthro 101 course to the chance conversation at the pumpkin patch all the way to stumbling into Language Corps. The road to get here wasn’t easy and sometimes the adventure itself is a trial, but it’s still an awesome experience and next year at the family gatherings I’ll finally have something to talk about. 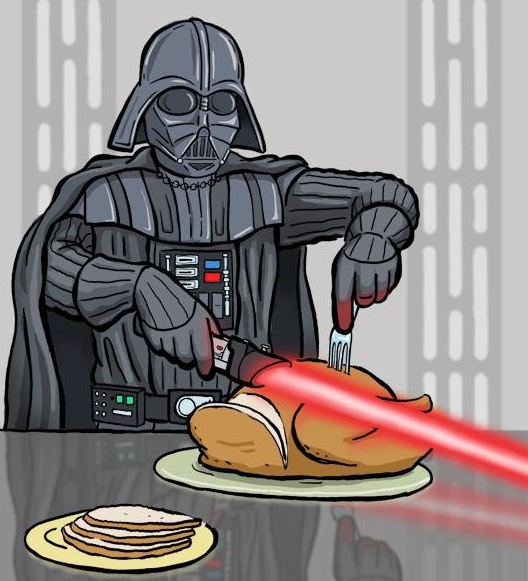 I don’t talk about this a lot. Or ever. But seeing as the gates of racism and hatred have been thrown open in this country I feel it’s an appropriate time to talk about it. My dad is black and my mom is white. In facial features I could be my mom’s twin, but I got my dad’s color and hair. My sister can easily pass for white, I can’t. I’m usually mistaken as either Hispanic or Native American in the winter when I’m pale, but in the summer I get dark.

I come from a small town. It’s a very small white town in the middle of Indiana that still holds a Christmas parade and a parade to start softball season. When I was little we lived in a house literally maybe two blocks from the elementary school.

I walked to school with our neighbor and my little sister every morning. But my neighbor was a middle schooler and my sister was only in kindergarten so I got to be a big girl and walk home by myself.

When I was in third grade I was only four houses away from home when I walked by a house where two high schoolers were skipping school. They were sitting on the roof above the porch and I remember being a little nervous because they were being loud and I didn’t know them. They had cans I know now were beer cans, but at nine years old I assumed it was soda. But I could see my front door at the end of the street and knew my mom was home with my sister and Power Rangers would be starting soon and that was enough to keep me walking.

As I walked by the boys saw me. And suddenly they were yelling at me. They were yelling about how dark I was, how ugly my hair was. They picked up rocks and sticks and beer cans and threw them at me and called me a little nigger bitch. And I didn’t know what to do. I knew they were using bad words, but I’d never heard the word nigger before. But the rocks hurt and a hurled can didn’t miss me by much so I ran home.

I was so scared I didn’t tell my parents about what happened for hours. I don’t even think I watched Power Rangers that day. I remember feeling so cold, like someone had filled my stomach with ice and that something really horrible had happened but I didn’t know how to describe it. I had always liked my skin color, I thought I looked like Pocahontas, my favorite Disney Princess, but now I felt like something was wrong with it. I felt dirty, like I shouldn’t like how I looked.

I finally told my parents what happened close to bed time. I don’t know what happened after that. I know my dad went down to talk to the people who lived at the house, but I never walked home that way again.

I am furious that the Nazi Cheeto won.

And don’t confuse my fury with hate.

I feel like hate and fury are often used as synonyms. They’re not. The Nazi Cheeto hates. Hate is what makes people scream Nigger Bitch at a nine year old girl on her way home from school. That’s hate.

I am furious. And I will remain furious. I will not live in a fucking world where another small girl will have to walk home afraid that someone will hurt her because they hate. Because right now in the US there are small children who came home in tears because their classmates were taught that hate is okay, that hate is acceptable. There is somewhere in the US another small girl looking at her skin and thinking something is wrong with her, that she is ugly, that she is not right. There LGBT middle and high school students terrified of going to school, afraid that they will be hurt because they have seen that even adults hate them.

So I don’t care if my fury offends. I do not care if my fury hurts feelings. Because in every person I see that voted for the Nazi Cheeto I see those two boys sitting on their roof screaming at me Nigger Bitch.

But this time I am old enough, I am strong enough, I am brave enough to walk down that street with every single one of those scared children. I will protect anyone who is afraid of those screaming boys. I will not let those rocks hit anyone else.

And when we get home we’re going to have a snack and watch Power Rangers.